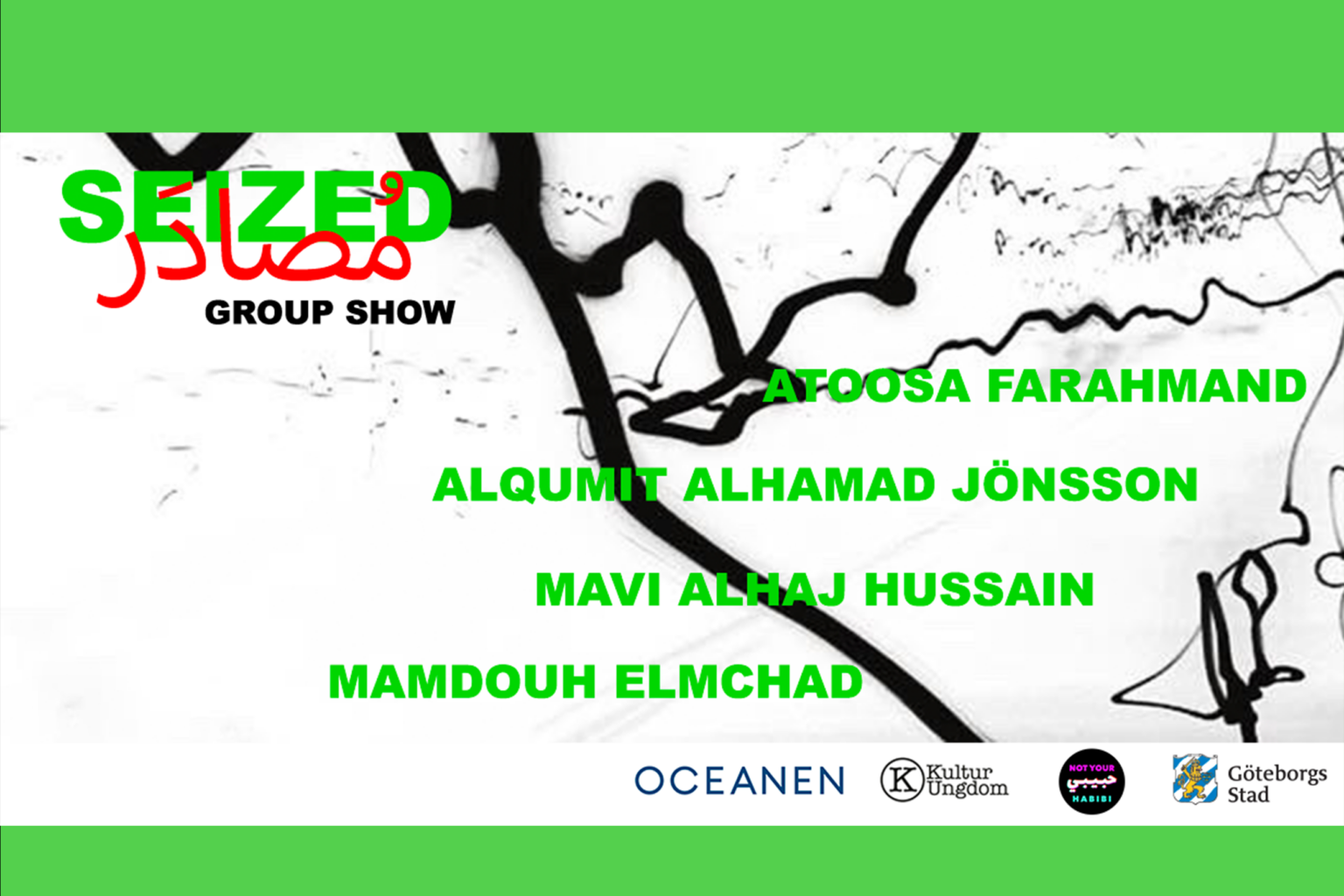 Through different mediums, methods, and creative expressions all four artists come together to present diverse pieces of work diverging in delivery yet still connected to one collective ground.

We will be shedding light on the political and humanitarian climate in the Middle East and the S.W.A.N.A region by amplifying and highlighting issues such as oppression, war crimes, extremism, gender inequality, and cultural colonialism.

Atoosa Farahmand is a multidisciplinary artist and producer based in Stockholm with an interest in politics, social issues, and feminism. She is currently studying a BFA in Production Management at Stockholm University of the Arts. She has mainly worked in cultural institutions as a project leader, artistic director, choreographer, and performer since arriving in Sweden as a refugee. Atoosa has widely exhibited and presented her work in solo and group settings in Sweden and around the world.

Alqumit is a Jordan-born, Syria and Cyprus-raised, Sweden-based visual artist. He works with different mediums, but his art focuses mainly on painting, watercolors, and abstract. His art took part in many art shows, both group and individual, locally and Internationally, where his work has been featured in places such as The British Museum, SOAS University, Berlin's Central Station, The CNN, NowThis, The Guardian, TheLocal, TEDx talk, DN, SydSvenskan, Expressen and many local and International places and news platforms.

Mavi is a multidisciplinary visual artist from Syria, Aleppo, based in Sweden who established his works around his concern with issues of war, oppression, trauma, and gender inequality. A provable force in Mavi’s works is the need to study and navigate the vulnerability from past and present experiences. His works have been featured at art establishments such as Blå Stället, Stora Teatern, Atlanta teatern, Gothenburgo, and Jenin Grill Konsthallen.

Mamdouh is a Beirut-born, Gothenburg-based visual artist and DJ. He is a founding member of Infra Artist Collective - an underground creative space & Not Your Habibi - a SWANA queer art collective. Prompted by the phenomenon of surrender, current projects examine media-specific instances to erasure, compromise, and abandon; work that relies on object making, performance, installation,  prints, photographs, and video as tools to consider the curious nature of letting go.

Mamdouh tries to develop artworks that speak both to him and others about the ambivalence of the past and the present. His work can be very experimental consisting of many layers and stories mostly revolving around identity, sex, and religion.