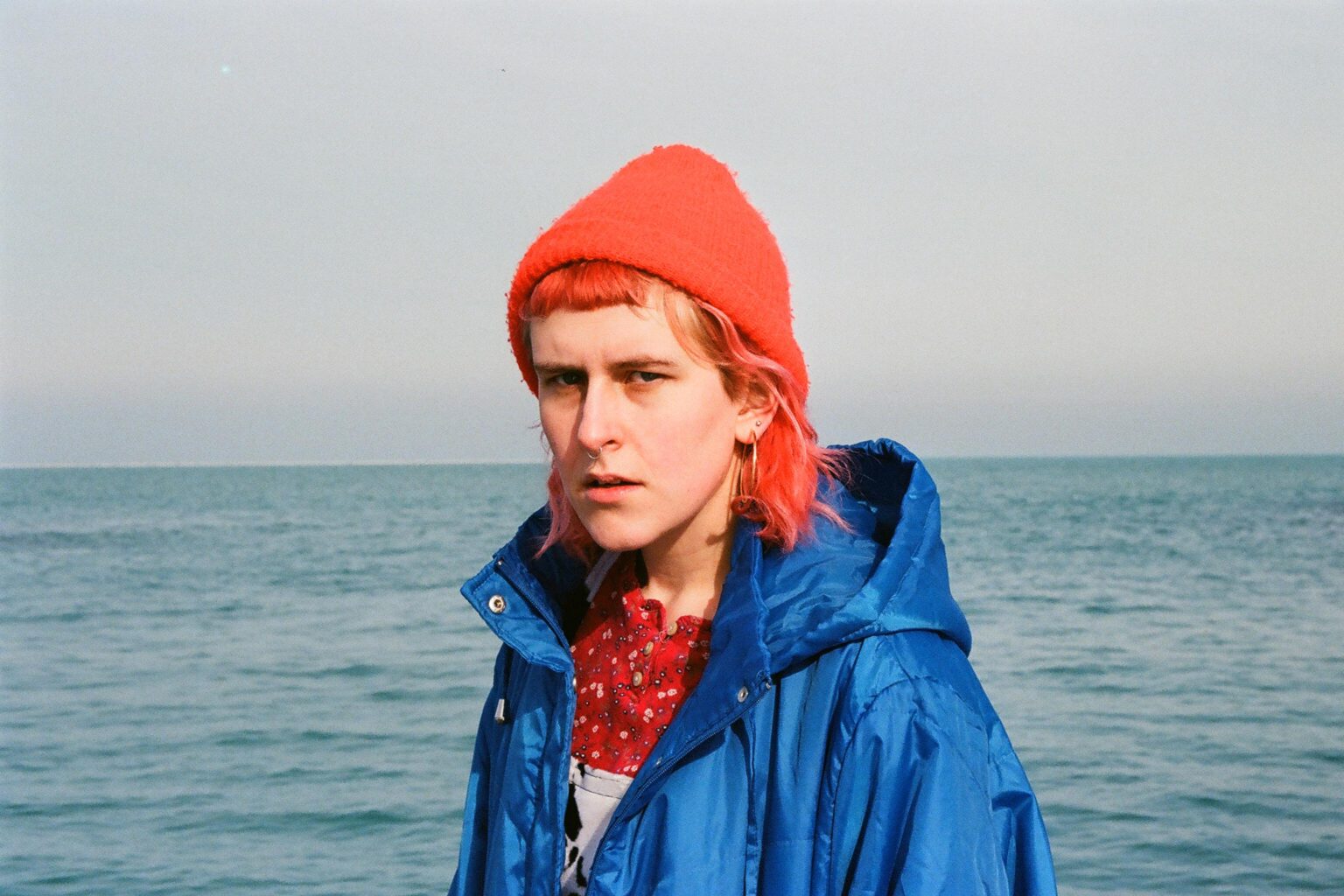 "The Lamb was written during a time of intense paranoia after a home invasion, deaths of loved ones and general violence around me and my friends," says Lillie West, the Chicago-based songwriter behind Lala Lala. "I started to frequently and vividly imagine the end of the world, often becoming too frightened to leave my house. This led me to spend a lot of time examining my relationships and the choices I'd made, often wondering if they were correct and/or kind."

West initially started Lala Lala as a way to communicate things that she felt she could never say out loud. But on The Lamb, her sophomore LP and debut for Hardly Art, she has found strength in vulnerability. Through bracing hooks and sharp lyrics, the 24-year-old songwriter and guitarist illustrates a nuanced look on her own adulthood — her fraught insecurity, struggles with addiction, and the loss of several people close to her.

Originally from London, West moved with her family to Los Angeles, where she spent her teenage years, and later to Chicago, where she enrolled at the School of the Art Institute of Chicago. Inspired by those cities' DIY music communities, she started Lala Lala as an outlet where she could process her new experiences, which often involved toxic relationships and partying around the city with beloved friends. The turbulence in West's life throughout that period resulted in an abrasive but tender debut album, Sleepyhead (self-released, 2016). West decided to quit drinking, and she began booking her own DIY tours across the country. Sobriety provided her with a newfound sense of self and clarity, and she began writing the songs for The Lamb while also starting the process of re-learning how to live her life.

Across the album's 12 tracks, West carefully examines the skeletons in her closet for the first time, hoping to capture honest snapshots of her past selves. Many of the songs show West asking herself agonizing questions about her life with a clever and hopeful curiosity. On the album's first single and opening track, "Destroyer," she reflects on feeling self-destructive and the delayed realization something in the past has irrevocably hurt you. In "Water Over Sex," West laments her old precarious lifestyle, while trying to readjust to her newfound sobriety, and "Copycat" confronts her feelings of alienation and boredom. "Some of this album is about being frustrated that everything is always repeating itself and being bored with your own feelings," she explains. "'Copycat' in particular is about how everyone talks exactly the same on the Internet and how it sometimes feels futile to try and be yourself."

The catalyst for the starkly titled "When You Die" came when West's friend Jilian Medford of IAN SWEET texted about the band getting into a car accident. In the song, she grapples with her lack of control over certain things and the inevitable regrets that come with it. Though that experience served as the song's initial inspiration, "When You Die" also reflects on a string of three months in 2017 when West experienced several close deaths. The spare and stunning album highlight "Dove" further explores this tragic string of events; West explains, "It is very plainly about the death of someone I loved a lot and the guilt I had, and still have, afterwards."

After testing a handful of the new songs while on the road, The Lamb's final form came together while recording at Rose Raft Studio in rural Illinois. Performed by West with Emily Kempf on bass/backup vocals and Ben Leach on drums, the musical arrangements of the album — blending post punk with dream pop influences that incorporate vibrant synths, a drum machine, and even saxophone — find a balance between light and dark, reinforcing these dynamic and intimate songs that will surely resonate.