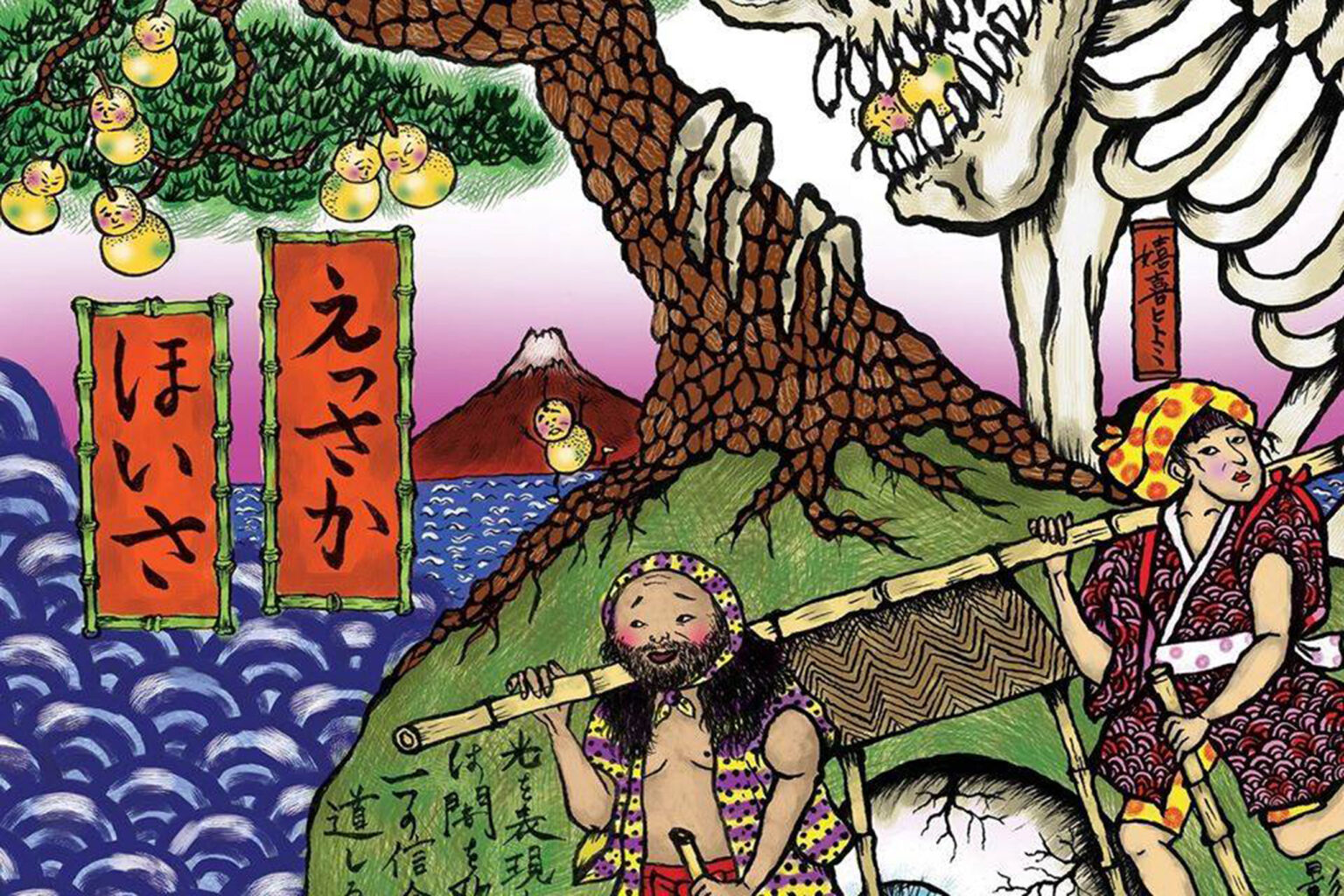 Tribal inspired bass heavy duo featuring the killer production duo of Shigeru Ishihara (aka DJ SCOTCH EGG) and of the band Seefeel and Kiki Hitomi of favourites King Midas Sound handling vocals. The duo are known as heavy vibe bringers, having carved themselves a reputation across Europe and beyond with bookings now confirmed in China, and growing interest in the US since announcing first new single from their forthcoming Phantom Limb Records full length ‘Essaka Hoisa’*. WaqWaq Kingdom draw on themes found in ancient

Shinto mythology and the Japanese “Matsuri” festivals that honour the local gods, “Kami-sama”. WaqWaq Kingdom’s hypnotic and shamanic live performances have been described as “an intense time-warp experience that re-connect animistic roots with the future of urban neon colours”. The duo’s first 2 records, and EP and LP on Jahtari were received very well, with bookings resulting in all territories, and much adoring press from The Quietus to Resident Advisor and coverage promised in The Wire, etc. All the fun from an inspired global perspective, Shige just returned from a collaborative trip to Uganda with the Nyege Nyege residency to play shows in Nantes, and Rotterdam.

An outer-national movement of musicians and visual artists, a traveling nexus collecting dozens of participants to explore alchemical realms of sonic ritualism.

Spiritczualic (“cz” borrowed from the Polish / tʂ / hard “tch”) - a word-melange of “ritczualic” and spiritual, reflects upon the ancient practice of musical ritualism. As an idea, it greatly predates the physical occurrence of the Enhancement Center - on Christmas 2017, when an Ottoman building below the Gates of Jerusalem provided itself for a remarkable meeting. The trespassing people who happened to be there - admittingly bizarre participants synchronized by state-of-mind rather than tune or scale - began exploring sonic sessions of do-it-yourself mysticism. Witnesses of its ritualistic gatherings have indeed reported moments of divination - and possibly sorcery. This raises the question, will the audience once again behold the allurement of Higher Sources - or rather testify to trickery.