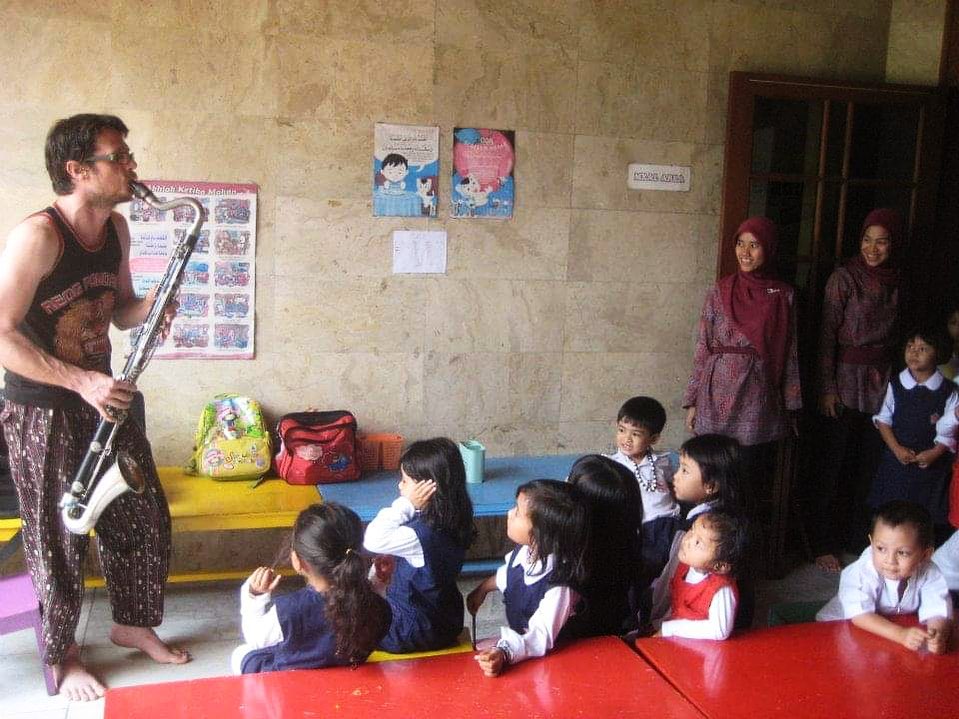 An uncompromising voice in contemporary music, Arrington de Dionyso (b. 1975 Chicago USA) integrates ancient soundmaking techniques with trans-modernist inquiries into the nature of consciousness. His propulsive improvisations utilize kargyraa voice combined with reed instruments (primarily bass clarinet, saxophone, and his invention the Bromiophone) as multiphonic tools in the navigation of liminal spaces between shamanic seance and rock and roll ecstasy.

Shot on three continents, this film provides an inside look at Christopher Kirkley’s project “Sahel Sounds” – a blog, record label and platform to explore arts and music of the Sahel region through non-traditional ethnographic fieldwork.

We follow Chris from Portland to Niger, where he meets some of his long term collaborators as well as new artists, such as electronic keyboard wizard Hama, female guitarist Fatou Seïdi Ghali of Les Filles de Illighadad or the real stars of Agadez, Etran de L`Aïr. On a road trip from the capital to Agadez, the gateway to the Saharan desert, we witness stunning music performances along the way and after figuring out ridiculous Visa- workarounds, Mdou Moctar and his band set out on their very first European tour to excite audiences, while a hairdresser from Tahoua dreams of America, a place where cellphone recordings are pressed onto high- fidelity vinyl discs for the audience of the future.

Not a strict portrait, nor a straight music documentary, a story of Sahel Sounds celebrates the wide range of musical performances of current artists from Niger, while leaving room to reflect on today’s role of ethnomusicology. Still held back by asymmetrical power differentials, but now backed up by an expanding globalism and new possibilities to claim their independence, artists try to reach for success - on stages and on cellphones.

Inspired by Christopher Kirkley’s work, this film also attempts to bridge cultural and geographical distances, offering a new view of Niger and a region that is often represented as a “Red-Zone-Area”. How far beyond the term “world music” are we by now? Is music culture transnational? And who are the pirates of the desert?