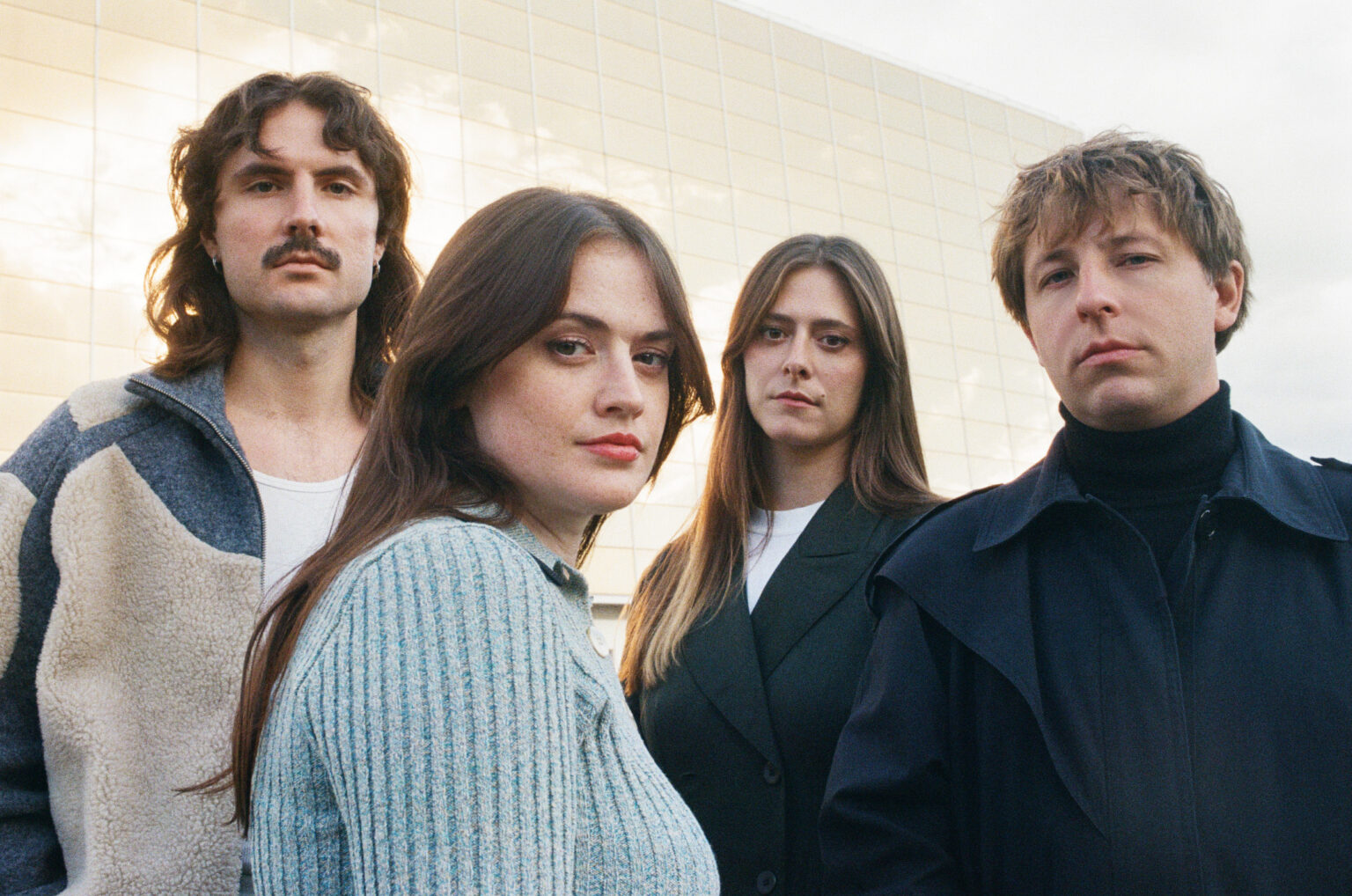 TOPS were formed in Montreal when song-writing duo David Carriere and Jane Penny decided to join forces with drummer Riley Fleck. Since then they have become one of the most influential underground bands of the past decade, creating a space for sophisticated pop music in the indie world.Their tendency to opt towards making straight-forward, stripped down and honest recordings lets their pop songwriting shine out in the open. With a heart firmly attached to their sleeves, their songcraft delves into the emotional intricacy of personal relationships, asking questions about power and desire. Riley Fleck’s measured drumming and David Carriere’s trademark guitar licks mesh with Marta Cikojevic’s lush keyboards. All these elements work in tandem and in service of Jane Penny’s unmistakable, wistful voice.The result of this mixture is a collection of four self-produced records and a handful of singles that cover a range of moods and a complex emotional realm while maintaining a groove and musicality. Soft rock infused pop hits flow easily, surrounded by their signature moody ballads.

Ultraflex is an interdisciplinary collaboration between Farao (NO) and Special-K (IS). Their saucy debut album ‘Visions of Ultraflex’ was released in 2020 to critical and popular acclaim, winning The Icelandic Music Awards 2021 for ‘Best Electronic Album’ and Kraumur Award for ‘Best Album’, besides collecting nominations to additional international awards.

Ultraflex’s sound is inspired by the disco, italo and funk of the 80’s, blending it with new-age sensibilities, unexpected jazz chords and melodic twists. The result is a catchy, contemporary whirlwind of dance floor weirdness, nodding to their ancestors in the historical lineage of spectacular electronic music. The duo’s material is both kitsch and high concept – pushed through a contemporary pop culture filter Ultraflex creates their own brand new lotion carefully tailored to your needs.