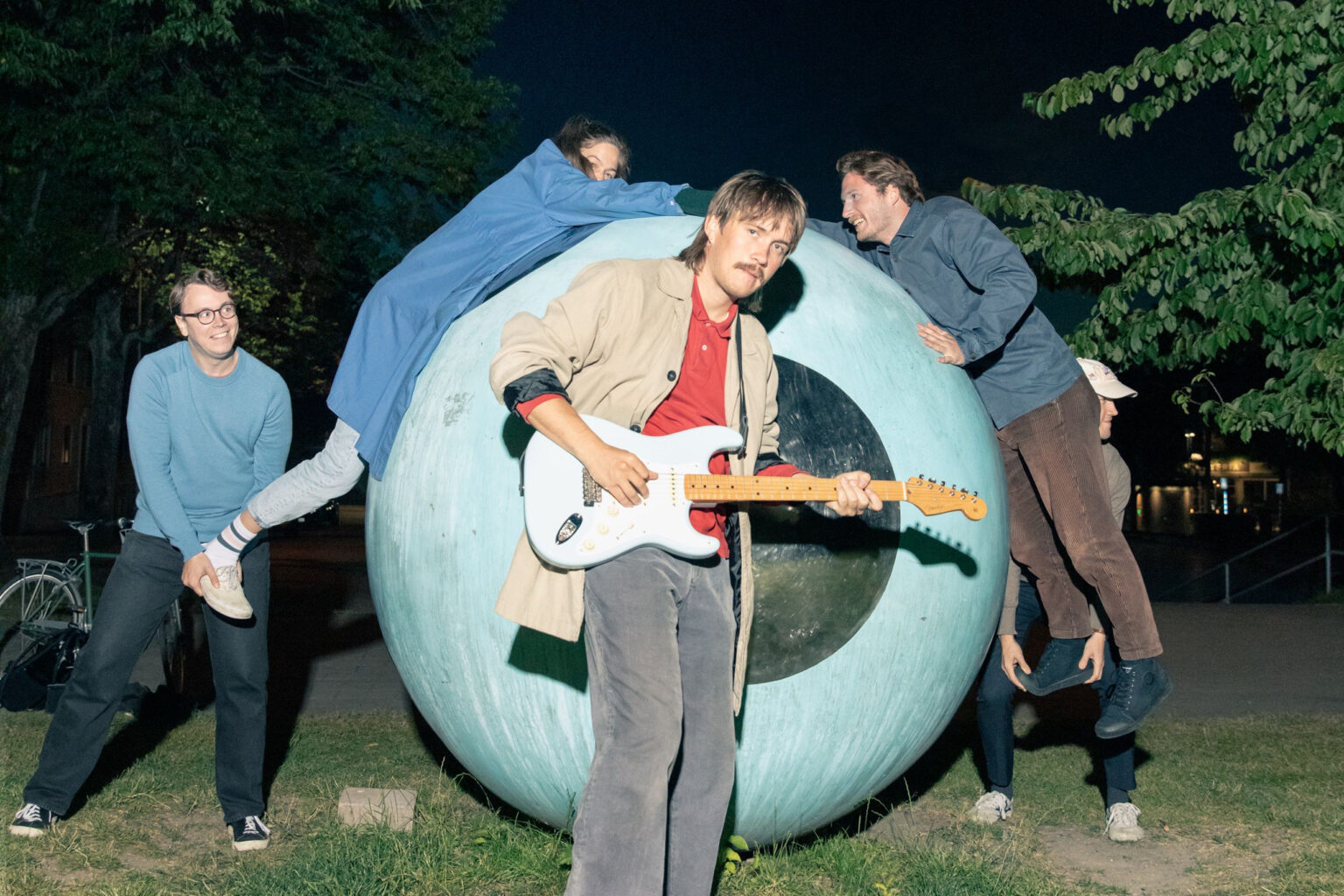 Only 50 tickets per concert, seated audience. Due to the current Corona situation we can only welcome a maximum of 50 people to each concert. The audience will be seated by small tables with a small amount of chairs around each table. If you have any symptoms whatsoever that can be related to the Covid-19 pandemic, please stay home until you are free from symptoms.

Like a wet tussle in a sandy wound, Smicker wants to kick off the fall concert season. Smicker is a Gothenburg-based soft-indie band fronted by Anton Fahlgren's Swedish language vocals, and backed by a rather swinging group of musicians. The debut album Seterra will be released 3/10 on the newly started record company Som Sverker Recordings, hence this celebration at Oceanen.

The debut single "När glas går sönder" premiered on P3 at the end of August. "He is not unaware that he sounds like Ted Gärdestad when he sings, and I think that is effing nice" said host Carolina Sandström, while Hymn described the sound as "unique and very interesting" and said that "Smicker just might be your new favorite band".

Smickery is sweet but not harmless, happy but not cheerful and consists of equal parts relaxation and seriousness. The base is groovy, the saxophone rather slick, the poetry subtle and the singing is gentle. But more than anything, Smicker is about melodies and harmonies.

Nose is Gothenburg musician Ylva Holmdahl's solo project. Using her voice, keyboard, synth bass and simple beats, she creates ambient pop soaked in reverb and echo–a sound image that is soft but direct. What has thus far been an introverted project is slowly beginning to take shape and bubble up. Ylva Holmdahl is also active in bands such as Wildhart, Holy Now & Kanot.