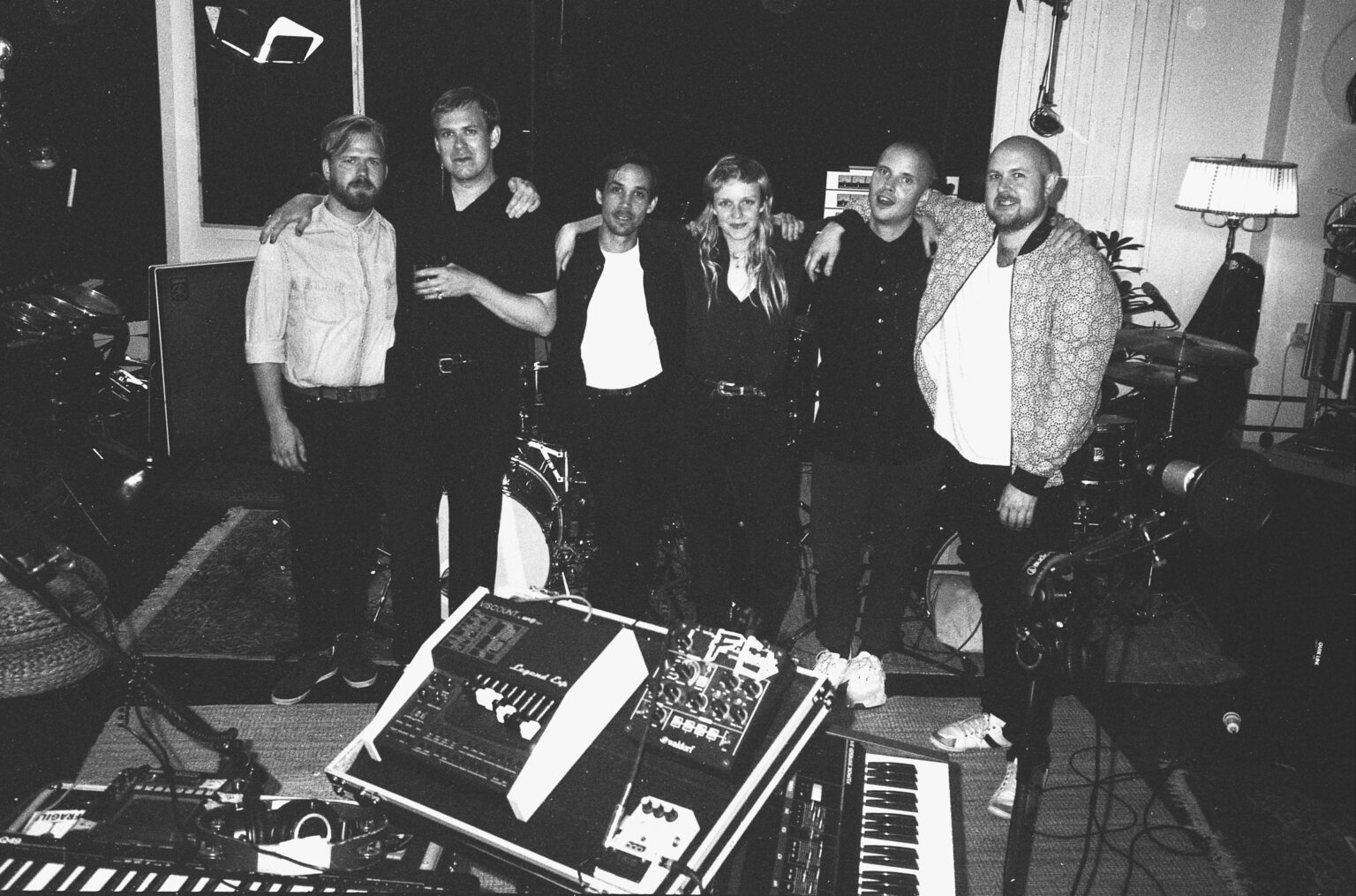 MFMB is back! March 25 the band of six are releasing their new album “Sugar”. At the same time, their tour begins with a stop at Oceanen for a show. With two drummers and two lead singers, the band is a strong energetic powerhouse one has to experience live. MFMB formerly MF/MB/ took seven years to complete “Sugar”. While focusing on a more democratic writing process, the journey of creating the album caused friction between the members along the way. Looking back, their prior album ”Colossus” was released almost 9 years ago. Landing them a prize for best rock at The Manifest Gala. They also won the best live category – a recognition of their unique explosiveness as live performers. The band has a long history together, as they were founded in 2005 when they were in their mid-teens. After moving from their home city Bollnäs to Malmö they quickly became recognized in the progressive music scene. They started touring in Europe without a release, with bands like The Faint and The Sounds, putting up their own tours and playing at countless festivals, including  Roskilde and Hultsfred.

The debut album ”Split Visions” (2019) is produced by Johan T Karlsson, Joakim Lindberg, Martin Nilsson and Felix Mårtensson and it’s an album that showcases a broader palette of feelings than what the singles indicated. There’s room for slower pieces and contemplation, a longing for more than the feeling of coming home late in the morning feeling sour and hoping that someone is willing to receive all their unconditional love.

Need For Speed is an inferno of will and intentions, suppressed feelings, two dogs and a speed lane. The perfect party is over and the sun comes up, things are complicated. It’s RnB and indie-electronic, it’s pop music and slow-groove.