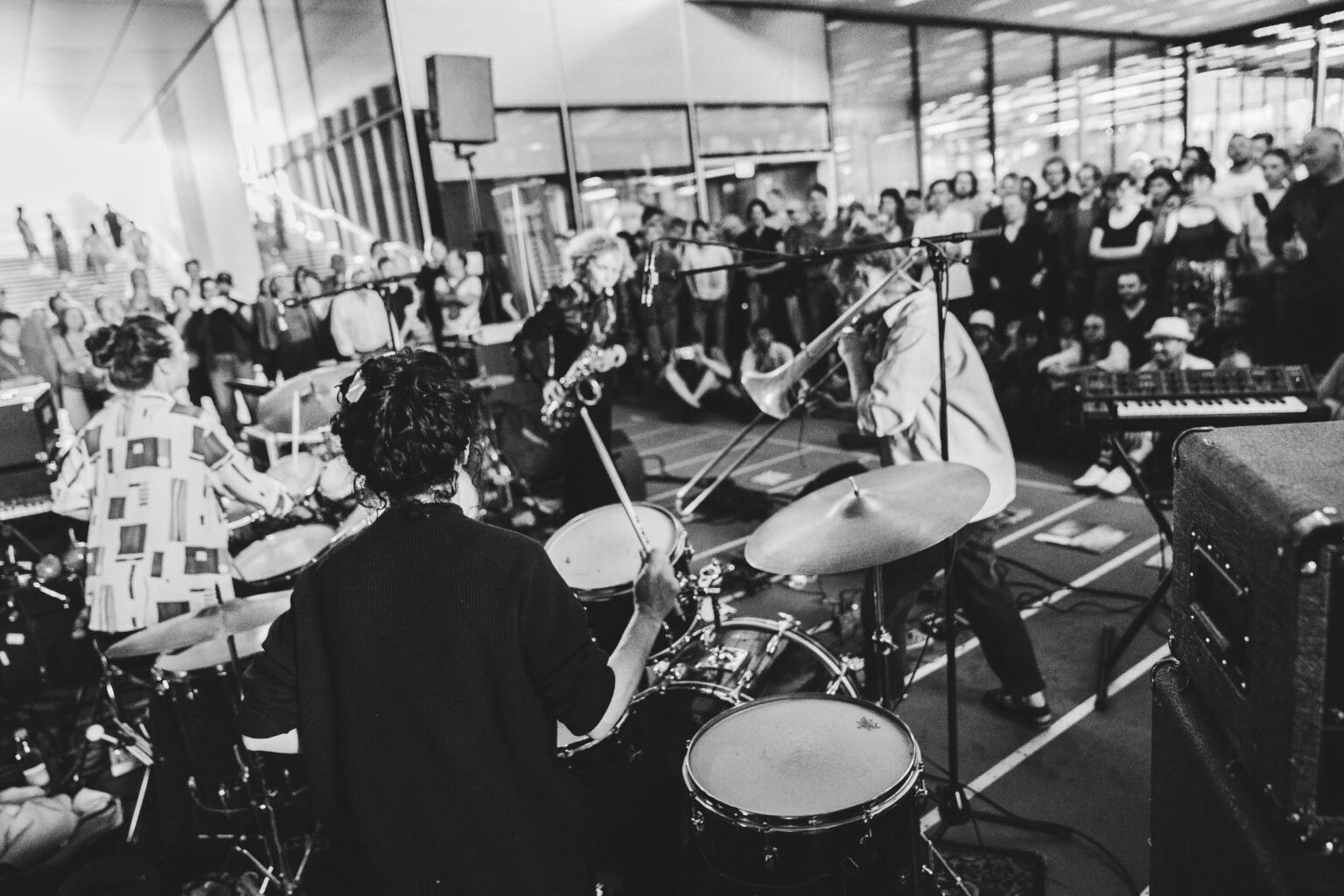 Selvhenter is bursting with new energy and music - ready to play their intense live shows!

The band is now in a process of exploring their latest material in an array of changing lineups and constellations. Selvhenter is playing concerts as a duo, a trio or a quartet - making space for new angles and adventures in their music. Selvhenter members are: Maria Bertel (trombone, synth), Sonja LaBianca (saxophone), Jaleh Negari (drums, synth/keys) and Anja Jacobsen (drums, keys). At the moment, Selvhenter puts the finishing touches on a new album, planned to be released at the beginning of 2023.

The fascinating music of Selvhenter is created by a foundation of strong (poly)rhythmic patterns, heavy riffs, pop-like melodies and textures of sound. The horns are often manipulated by the use of effect pedals which gives a special timbre of multiple amplified overtones and frequencies. As a result, the sound of Selvhenter is beautiful, energetic and danceable. It brings forward associations of rock, pop, noise, drone and improvisation, as well as emotional, almost cinematic sequences within a refined rhythmic and tactile sound universe.

In 2010, the members of Selvhenter founded the art collective and record label Eget Værelse (a room of one's own) – a platform for the projects they create together or individually, see: www.egetvaerelse.dk

The duo consists of Delphine Joussein ( flute/effects) and Sheik Anorak (drums). Mayhem for flute and drums. Violence, poetry, distorsion. From smooth melodies to massive metal riffs, Boolvar goes through their own music influenced by Krautrock, Free and Noise.

Please note that pre-bought tickets are 180 SEK and 200 SEK at the door.