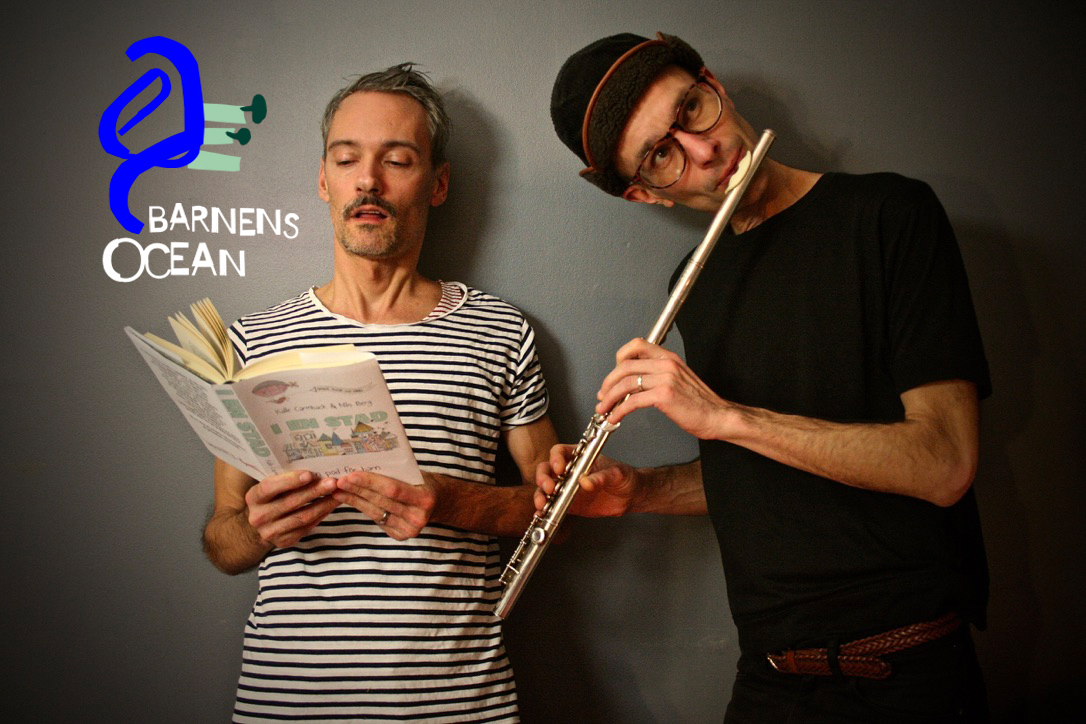 Jazz är farligt and Barnens Ocean presents: I en Stad, a concert for children and their adults.

The grammy-nominated music from the fairytale podcast I EN STAD is coming to Gothenburg. With songs and lyrics about love, loneliness, dreams, fears and courage. Nils and Kalle + friends play and sing a hybrid of jazz, indie-pop and folk songs. The concert also promises play, fun, poetry and fairytales.

This time I EN STAD will be visited by My Engström Renman and Milla Carmback. I EN STAD is a praised podcast with musical fairtyales and songs. Listen to the podcast in your podplayer or on ienstad.se

Being a music journalist, lecturer, booker, and curator for concerts and exhibitions are some of the ways that keep Elena Wolay busy in the music scene. Through the platform Jazz är farligt, which she has worked with since 2011, she has been described as one of the most driving forces in the Swedish alternative music scene. Now she enters Ocanen with children’s programs.

Barnens Ocean is a new project at Oceanen, that offers curated programs catered to children and their adults. Through different collaborations and a selection of genres and expressions, Barnens Ocean is a place where all the children of the city can meet, explore and enjoy art and culture in different forms.