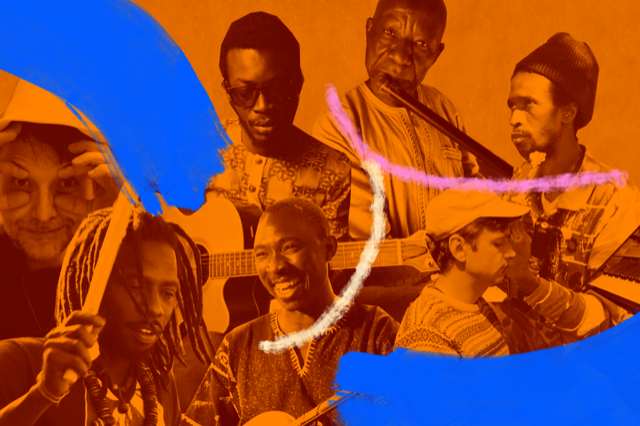 When Karl Jonas Winqvist found himself in the tiny fishing village Toubab Dialaw south of Dakar, he wasn’t able to communicate neither in French nor Wolof. But he did have the language of music, and through it he managed to make friends with some local musicians, setting in motion a collaborative project that continued online after he had returned home to Sweden. Out of this grew Wau Wau Collectif, as well as one of last year’s most thrilling releases. Wau Wau isn’t just a collective by name, the music is an epitome of collective creativity. To listen to their album Yaral Sa Doom is like sitting by the Atlantic coast with the cream of West Africa’s musicians and listening to them jam, find unexpected melodic paths and throw in ideas which lead to one song after another.

The music is characterised by Karl Jonas Winqvist’s searching aesthetic and open ears. One of the finest tracks on the album – Mouhamodou Lo and His Children– came about when Winqvist met a cab driver and family father from Senegal, and it came to light that the man wrote poetry and sang in his spare time.

But for all its spontaneity the record is just as much a result of skilled craftsmanship. In addition to the village musicians, it also features the Senegalese producer Arouna Kane, as well as the swedes Emma Nordenstam – a frequent collaborator of Winqvist’s – and Maria Arnqvist from the experimental folk duo Siri Karlsson.