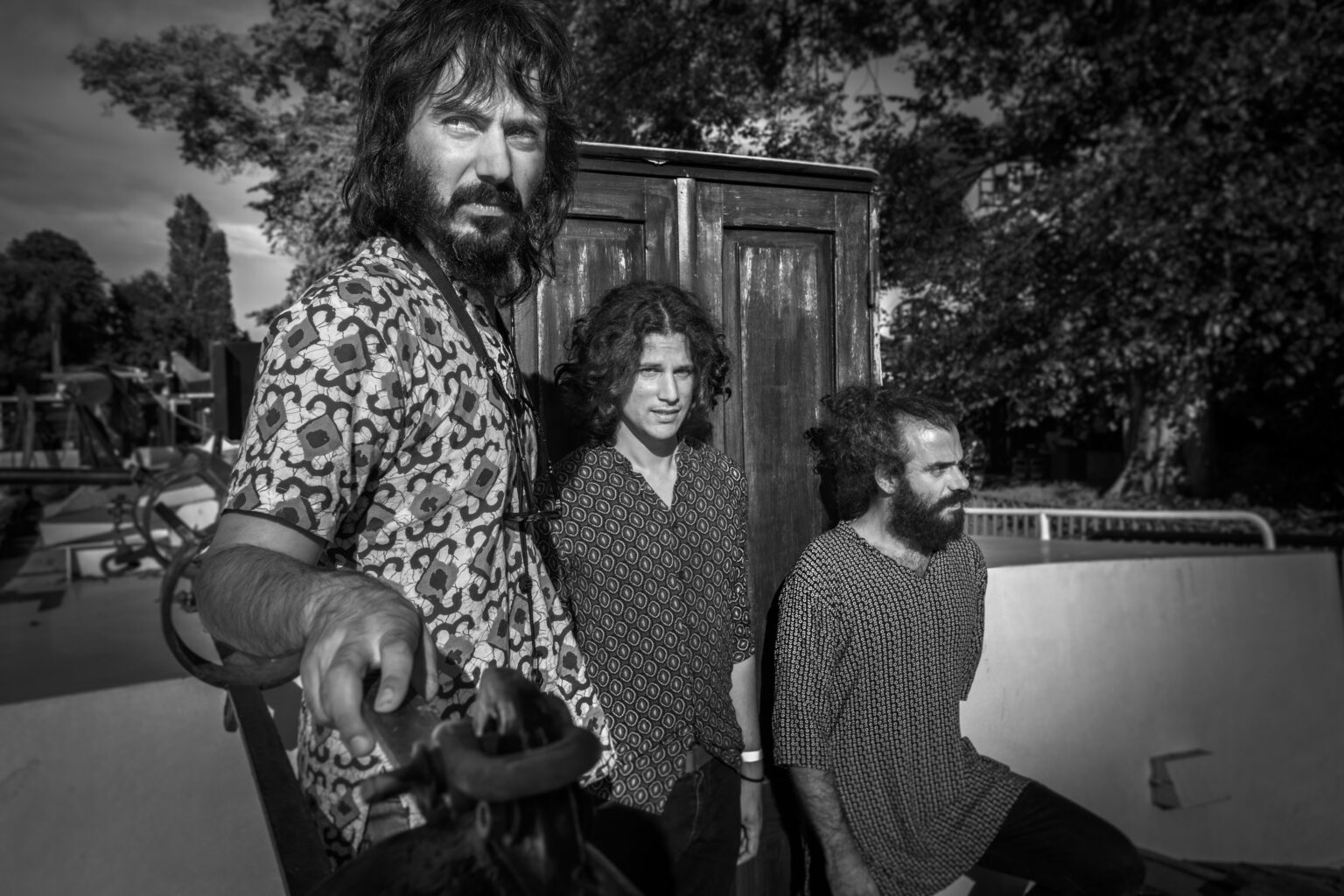 Coming from different musical backgrounds, but influenced by the Cypriot tradition at various levels, Monsieur Doumani compose music that draws inspiration from contemporary Cypriot society as well as from the shaky conditions of our era. The initial identity of the project was determined by the adaptation of Cypriot traditional pieces, with a special contemporary colour in sound and mood, forming a style distinctively of their own. With their fourth record Pissourin (Glitterbeat, 2021) they push their trademark Mediterranean sonics into a deep psychedelic and avant-folk direction.

Their live appearances in festivals and venues across the world (WOMEX, WOMAD, FMM Sines, Sziget, Rudolstadt, Havana World Music Fest, Sur Jahan India, Konzerthaus Vienna, Paradiso, MUPA etc) have been very well-received by diverse audiences and their music has been extensively featured on radios and TV stations around the globe.

During their 9-year career Monsieur Doumani have received numerous awards including the ‘Best Group‘ Award in Songlines Music Awards 2019 and the ‘Critics Award’ in Andrea Parodi World Music Awards. They have also been awarded with the German Records Critics Award (Preis der deutschen Schallplattenkritik) for their album Angathin (2018), which has also been awarded as 'Best Album of 2018' in the Transglobal World Music Charts“

Monsieur Doumani have released 3 studio albums independently which gained them worldwide recognition. For their 4th album Pissourin (2021) they were signed to the acclaimed German label  Glitterbeat Records, marking the beginning of a new era in terms of their sound and style.

Dal:um is a duo band established in 2018 by Ha Su-yean (gayageum) and Hwang Hye-yeong (geomungo). The name Dal:um signifies the way people keep trying their best at something that they have successfully started, reflecting the musicians’ strong will. Despite their apparent similarity, the gayageum and geomungo are surprisingly different from each other in structure, playing techniques and tone color. Dal:um will show how innovative interpretations create a harmony of strong energy and beautiful voices of the two instruments.