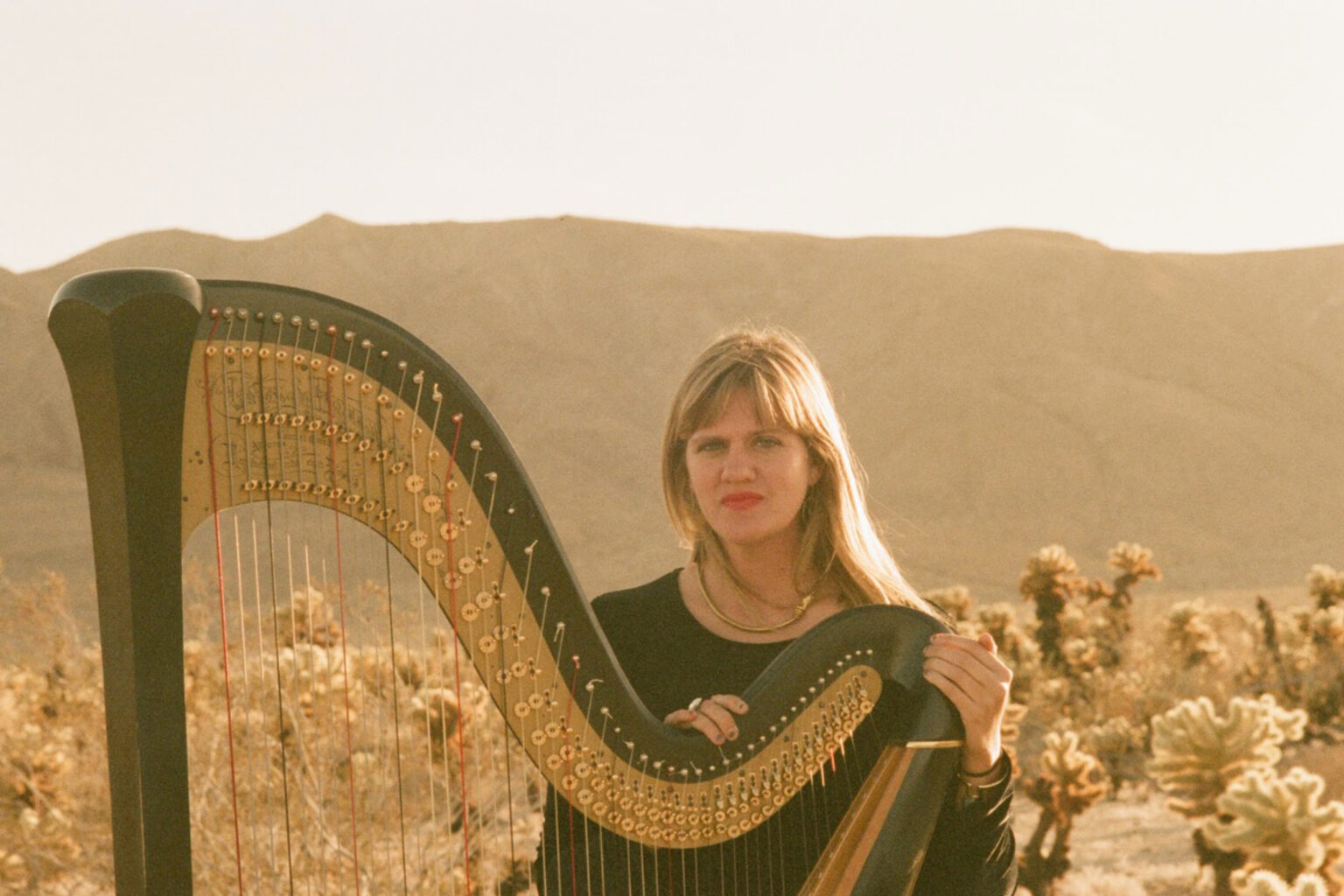 Mary Lattimore is a Los Angeles-based musician who uses her Lyon and Healy concert grand harp to conjure up beautifully abstracted forms that evoke a host of memories, landscapes and allusions.

Across a breadth of recordings, collaborations and art commissions her music explores a realm of wordless narratives and indefinite travelogues, where – with the help of effects and occasional vocals - extended harp improvisations morph into spectral songforms. In live performance she reveals the impressionist magic of her chosen instrument, blurring classical technique and ambient electronics to beguiling effect.

In 2018 Mary released Hundreds of Days, her second LP on Ghostly International, as well as a collaborative album with Meg Baird entitled Ghost Forests (Three Lobed). She has moved a long way since her classical studies at Eastman School of Music, via days in Philadelphia with the likes of Espers and Fursaxa and sound-making time with Steve Gunn, Sharon van Etten and Kurt Vile. She has also collaborated with guitarist/synth player Jeff Zeigler on their 2014 album Slant of Light (Thrill Jockey) as well as composing a live score for Philippe Garrels' 1968 experimental silent film Le Revelateur which they subsequently toured together.

'In a series of increasingly absorbing collaborative LPs and records under her own name, she has learned to paint pictures of landscapes and express mixed emotions without a word... in rather short order, Lattimore has become one of the country's most compelling soloists' — NPR