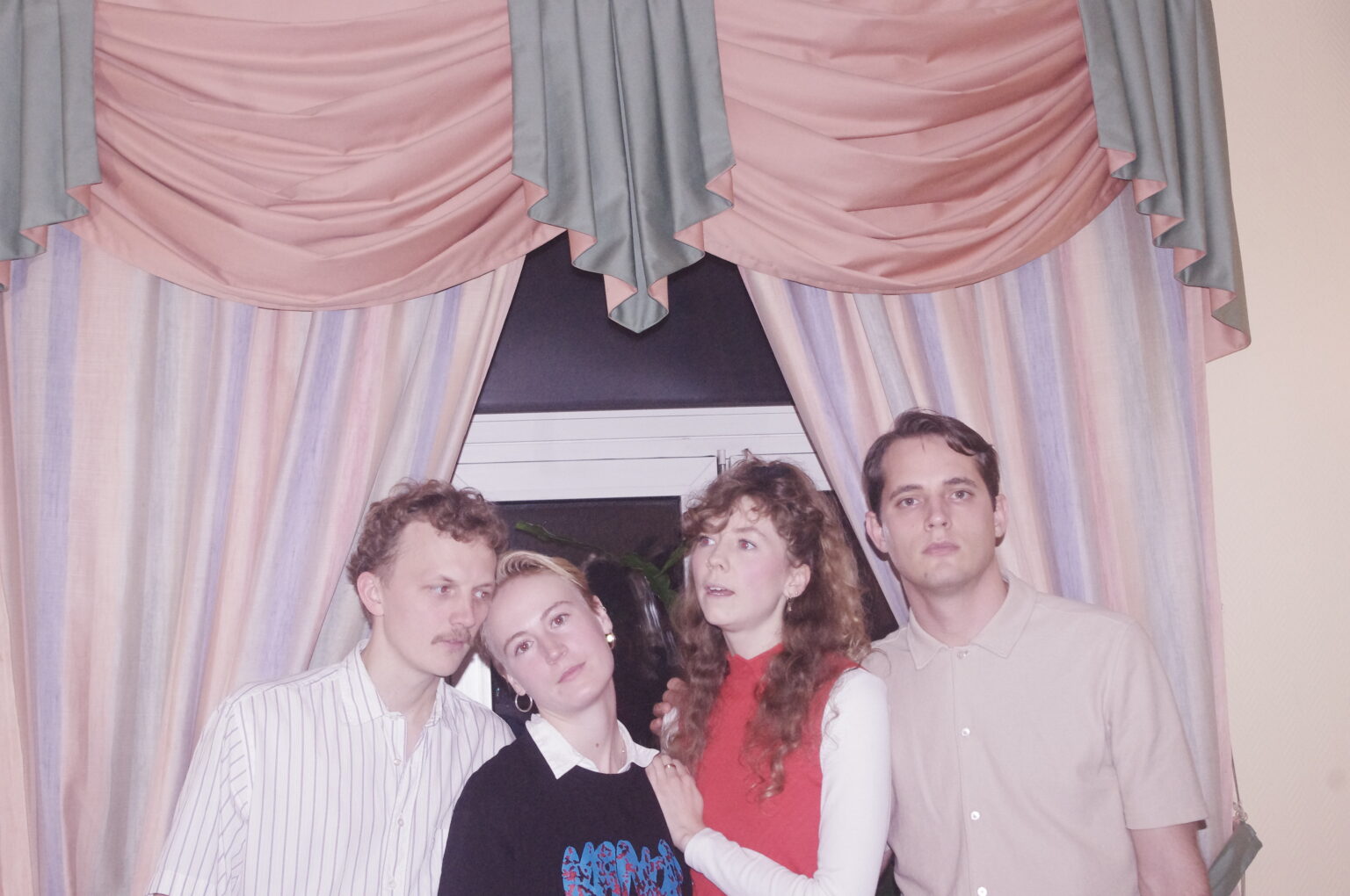 Holy Now is one of the finest indie bands to have emerged from Sweden in recent years. Perfect yet deliberately off, dreamy indie pop with Julia Olanders voice at the center. 2018 debut album "I Think I Need The Light" and follow-up EP "It Will All End In Tears" were acclaimed internationally by prominent media, such as Gold Flake Paint, Gorilla Vs Bear and Line of Best Fit. On the band's forthcoming, second studio album "Dream of Me", out this fall via Lazy Octopus, the building blocks remain: crisp reverb-drenched guitars, dreamy choruses and a very analog feel - while both the process of creation and the time that has passed since the band last released something can be heard.

Julia Olander says:
"The album has been in the works for two long years. It was made in stages and recorded in different places around Gothenburg. The pandemic made us change, we did not rehearse as usual but met and rehearsed intensively and then went straight to the studio.

We haven't played live since before the pandemic, it's hard to remember what it felt like. For various reasons, this album has taken a long time to produce, but we're very happy that it's finally ready to see the light of day. "

On a first, careless, listen, Stockholm four-piece Melby might seem like a charming, fun little jangle-pop band. Pay a little more attention however, and you’ll find their waters run a lot deeper than that. The band (Matilda Wiezell, Are Engen Steinsholm, David Jehrlander and Teo Jernkvist) have all the flash and sparkle of your favourite indie band, but add an ability to touch moods and feelings with a meaning beyond most of their peers. Their guitars, drums and synths rattle, roll and flicker around each other, all held together by the soul-shiver in Wiezell’s vocals, to make immaculate little guitar-pop gems, equally dusted with sadness and sugar.

Melby started life in a house in Stockholm, where three of their future members, Steinsholm, Jehrlander and Wiezell, found themselves living together in a commune. Having ended up in the same boat, and all being musicians, they decided to start a band. Steinsholm and Wiezell had dabbled in folk music before, but now they all decided they wanted to embark on something a bit more electric, with a bit more muscle, and so they recruited drummer Jernkvist, and Melby was born. A couple of shows in their hometown drew plenty of attention, and they signed up with Swedish indie-rock connoisseur label Rama Lama Records. In 2016 they debuted with the willowy, open-hearted psych-pop single “Human” in 2016, and never looked back.

Melby’s debut album None Of This Makes Me Worry was released in 2019, and earned praise from Clash and The Line Of Best Fit, as well as culture magazine Nöjesguiden in Sweden (“they’ve achieved the perfect combination [...] of pop and indie meets folk and psych”). It took them on tour in Scandinavia, Germany and the UK, and bagged them bookings at prestigious showcase festivals like Norway’s by:Larm and Hamburg’s Reeperbahn. Now after a couple of years of beavering away, they’re back with the follow-up Looks Like A Map.