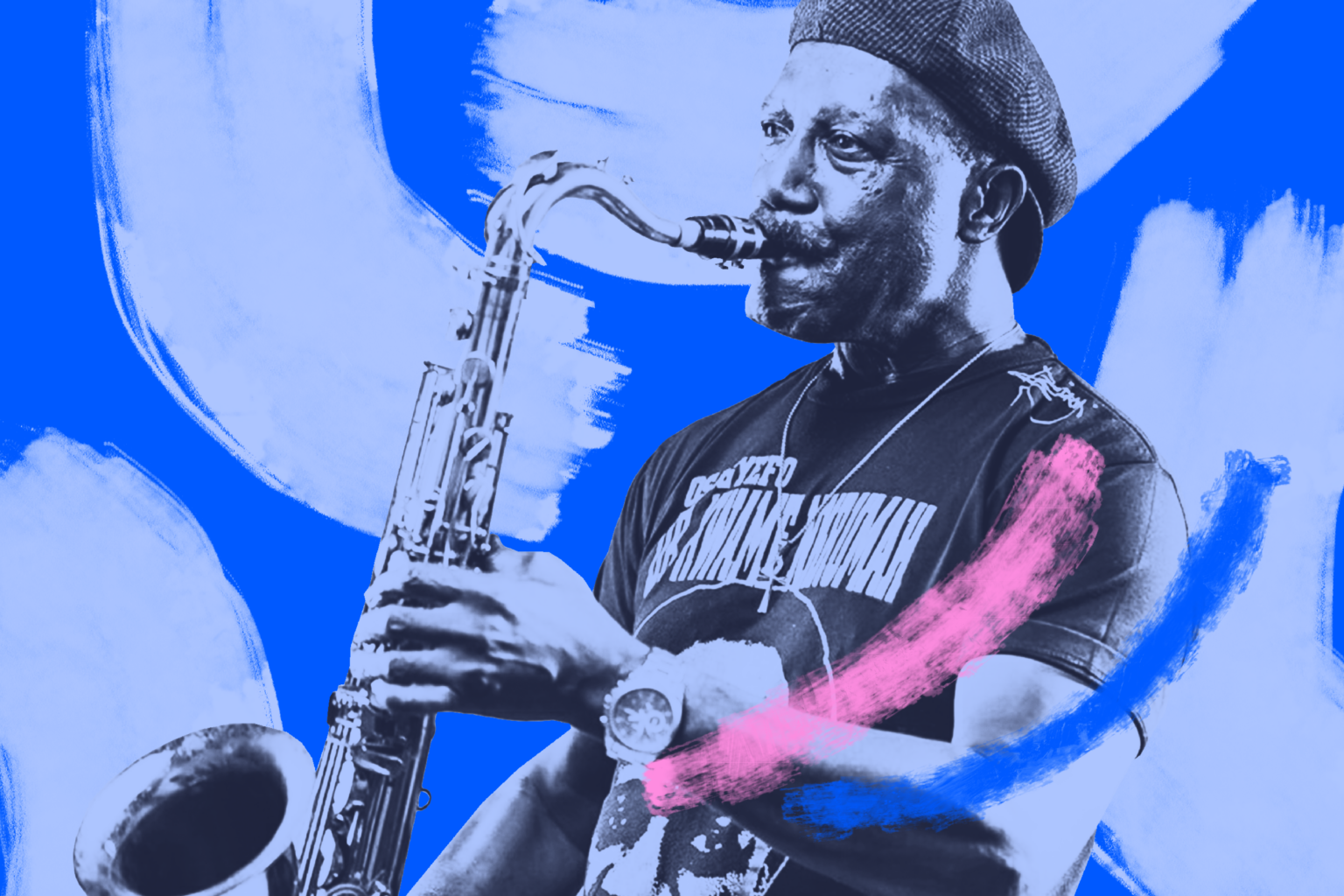 Gyedu-Blay Ambolley first made a name for himself in the Swinging Accra days of the sixties, as a member of the Uhuru Band together with Ebo Taylor. Ghana was celebrating its liberation from the colonial masters and highlife was the soundtrack. For a long time, this West African dance music had been played exclusively on congas and other rhythm instruments, but after the advent of calypso, guitars were introduced and bands competed to create the most intricate melodic layers.

A few years later, highlife was already on the way down, and everyone was looking for a way forward. While others copied James Brown uninhibitedly, Gyedu-Blay Ambolley was now looking for ways to marry parts of the American sound with Ghana’s own heritage. He formed the funk-jazz combo Apagya Show Band, again with Ebo Taylor. At the same time, he released the solo effort The Simigwa, which he calls the world’s first rap song. The compilation albums Ghana Soundz 1 & 2 give an indication of the importance of Gyedu-Blay Ambolley during that time. In one way or another, he participates in almost every other song: as a singer, saxophonist, bassist or composer. Today, he is known as a living afro-funk legend all over the world, and has become a sought-after guest artist in Ghana’s hiplife scene – for example in a remake of The Simigwa with the duo Replay. But at the same time, Gyedu-Blay Ambolley remembers his roots. On his thirty-first album 11th Street, Sekondi, he looks back to the highlife music that shaped him as a young man.