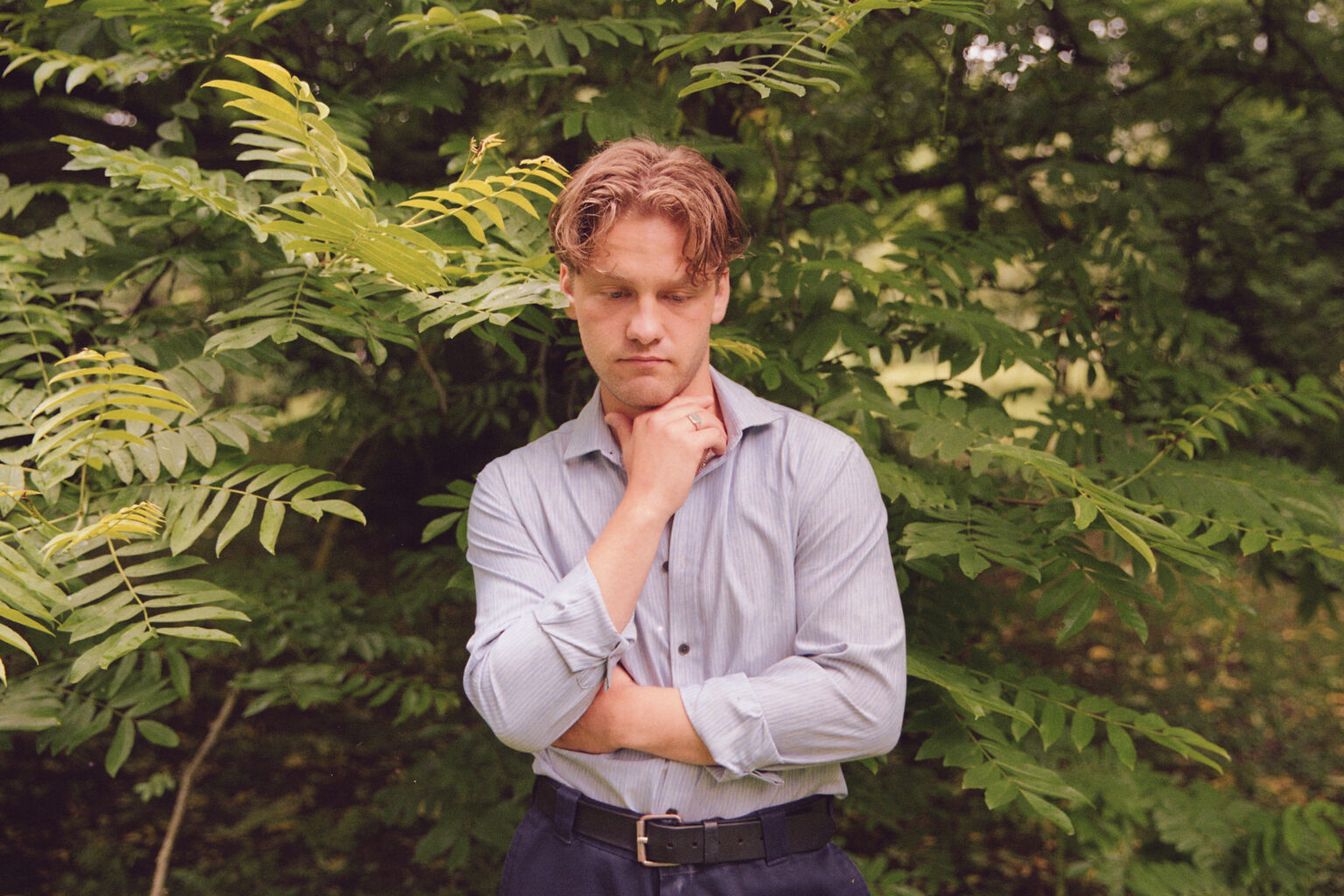 Mikkel Holm Silkjær, the frontman of Danish indie rock combo Yung, earlier this year released his long-awaited debut solo record as Holm. Titled “Why Don’t You Dance”, it’s a product of three years of writing and nearly six months of recording, it’s a gleefully varied guitar-pop record that veers between styles, from the fizzing energy of ‘Descending’ and opener ‘Intelligent Moves’ to the gorgeously melodic ‘Like a Dog’ and ‘The Rope’, via the stately introspection of tracks like ‘K’s Choice’ and lead single ‘Back Home’.

Recorded by Yung bandmate Tobias Guldborg Tarp (who co-produced alongside Neil Robert Young), Why Don’t You Dance is the sound of Silkjær stepping away from his group’s predilection for taut rock and roll and instead embracing a different side of his musical personality, one defined by his sharp ear for a hook, as well as - crucially - his burgeoning ability as an expressive lyricist. Holm is already working on new material and a second album is on the way.

Trader is a rock band from Aarhus, Denmark. After uploading a demo to soundcloud in January 2019 the band was booked for their first show, opening for Fontaines DC at local venue Tape. The band put out their debut EP digitally, which was soon after released on cassette and 12” vinyl by Danish record label Part Time Records.

Trader's debut album “Social Life” was the culmination of countless hours spent in a shed-turned-diy-studio situated by Aarhus’ rail yard. This is where Trader resides and where the album was collectively written and recorded during the winter of 2019.The album was mixed by Neil Robert Young and was released by Copenhagen based Part Time Records and Aarhus based BadstueRock on September 11, 2020. Trader's sophomore album Their Best Work So Far was recorded in June 2021 at the legendary Silence Studio in Sweden - an old, refurbished two-storey school house hidden in the woods of small-town, Koppom. It was the perfect, remote space for Trader to escape real-life and for seven days, they burst all of their energy into the making of new music! Trader new album is Scheduled to be released in October 2022.

The concert is a part of the project Nordic Sessions in collaboration with PULS network.