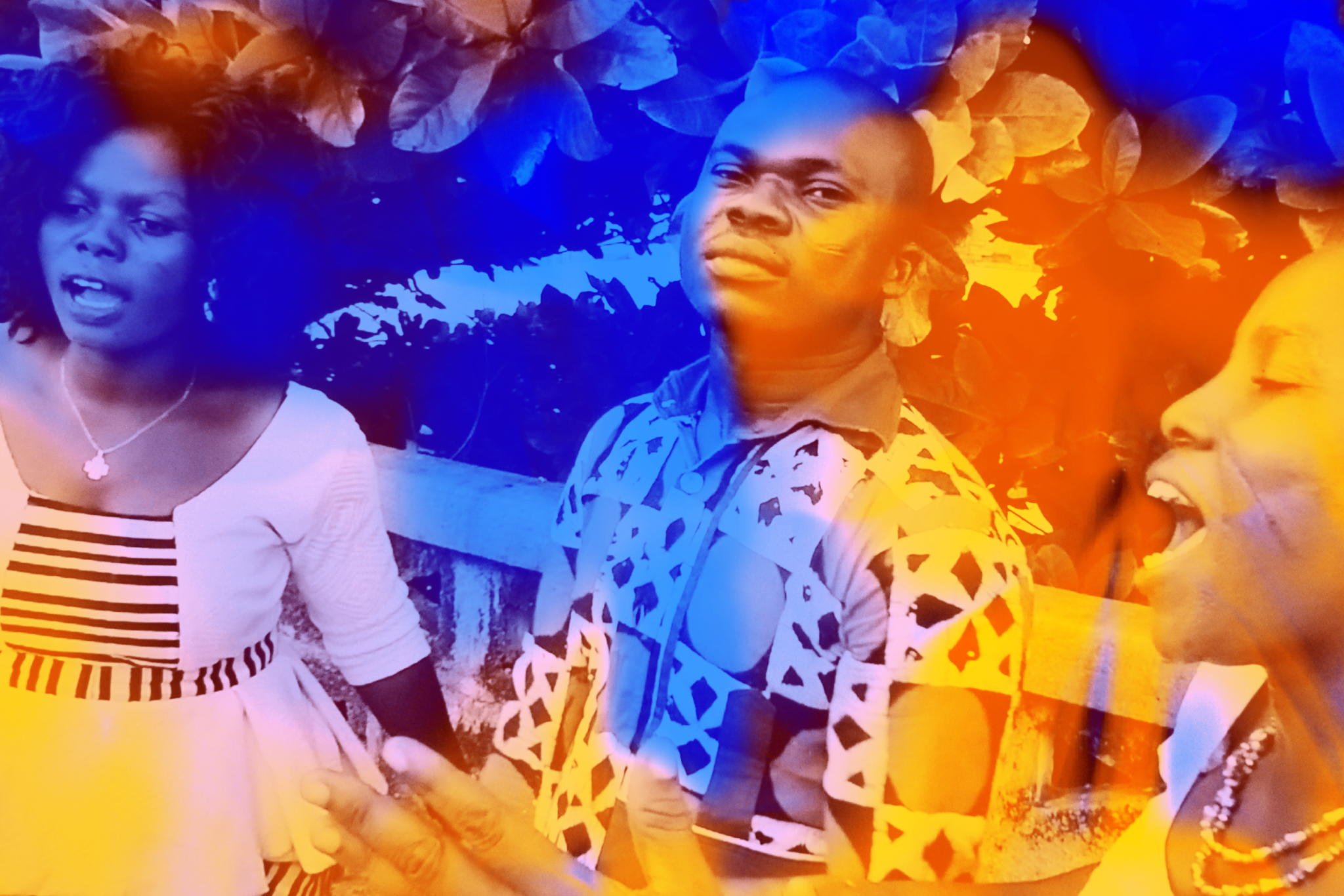 Alogte Oho & The Sounds Of Joy

Alogte Oho Jonas grew up in northern Ghana where the sounds of frafra gospel choirs bellow out from many a church. Later, in his twenties, he found himself in the capital Accra, where he struggled to get his singing career off the ground. A violent car crash nearly put an end to all his ambitions, and while he slowly recovered he felt grateful just to be alive. This feeling he poured into what was to become his breakthrough hit: Mam Yinne Wa, which combined his childhood gospel roots with reggae inflections. When the German record label agent Max Weissenfeldt visited Ghana he was immediately drawn to the satin tenor of Alogte Oho, backed by the choir The Sounds of Joy. He signed them to his label Philophon, and when time came to hit the studio the group had been further augmented by a funky rhythm section and tight horns.