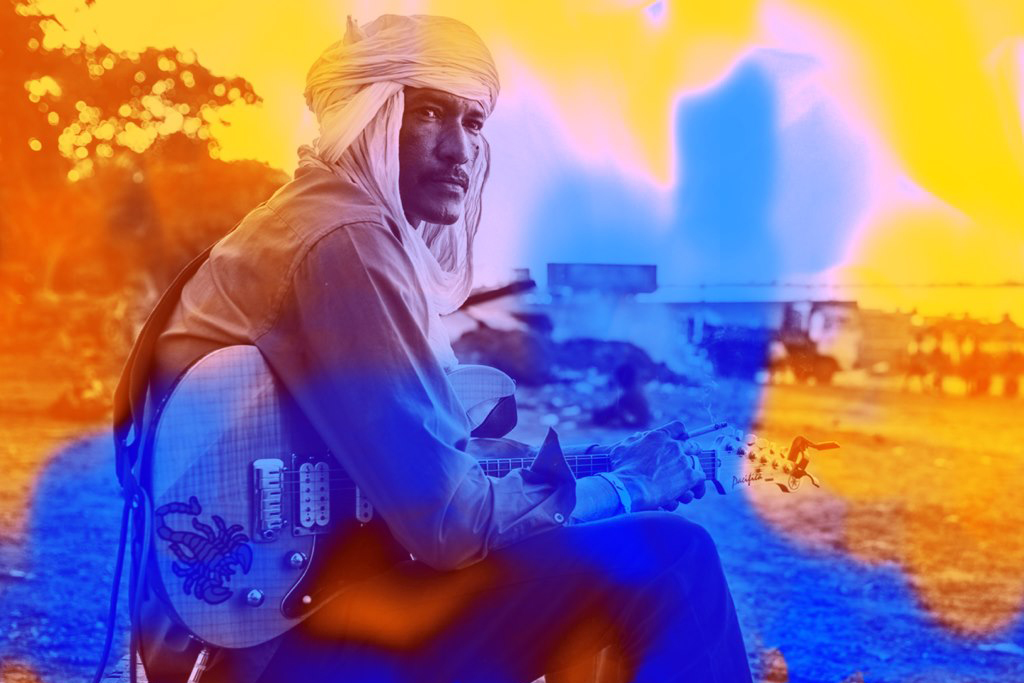 Ahmed Ag Kaedy grew up in the desert town Kidal in the north-eastern corner of Mali. As an 18-year-old he travelled to Libya to practice shooting and grenade-throwing in the hope of becoming a rebel in the emancipation battle of the Tuareg people.

At the training camp young men would gather in the evenings to play music late into the night, and gradually his belief in armed struggle was replaced by a need to express ideas of peaceful resistance in a new, personalised kind of desert blues. When he returned home he did so with a guitar instead of a machine gun. Ahmed Ag Kaedy founded ­Amanar and began singing about the struggle of the Tuareg. The group had just started to take off and had won the prize for best band at the Festival au Desert 2011 when Islamist extremists took control over the region. They destroyed Ahmed Ag Kaedy’s guitars and threatened to cut off his fingers. He escaped to Niger and then to Bamako. But the conflict also led to a growing international interest in the music of the Tuareg – and in Amanar. Since then fans in both Africa and Europe have followed the band’s strife to nurture and to develop the musical ­heritage that was first made internationally famous by ­artists such as Tinariwen and Terakraft.